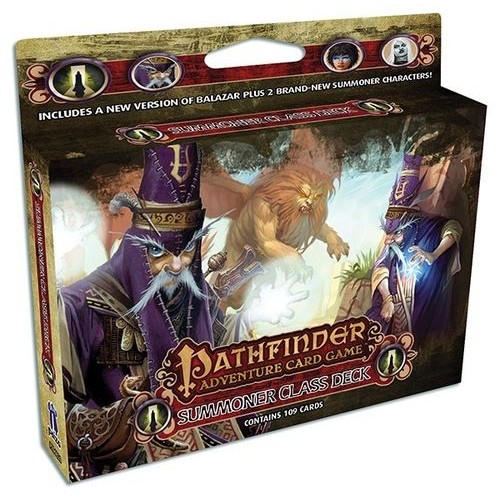 Beyond Space and Time!

This 109-card accessory holds a bevy of new spells and other goodies to take your summoner through an entire Adventure Path. This deck can also be used in the Pathfinder Society Adventure Card Guild organized play campaign.