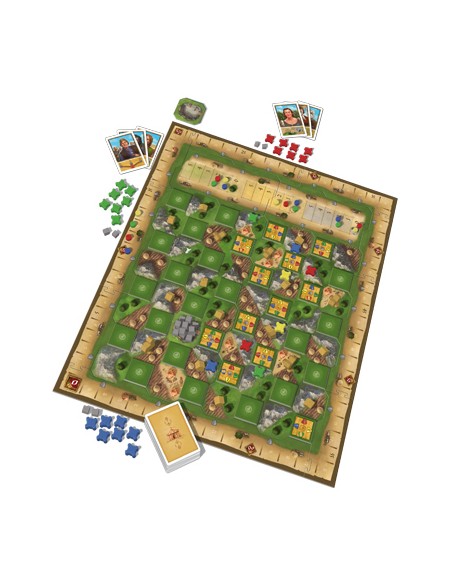 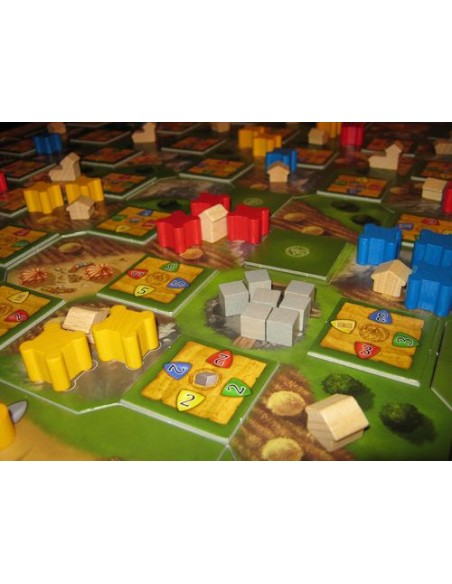 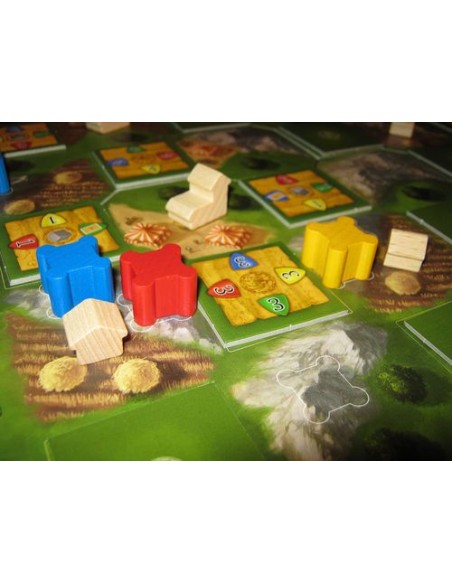 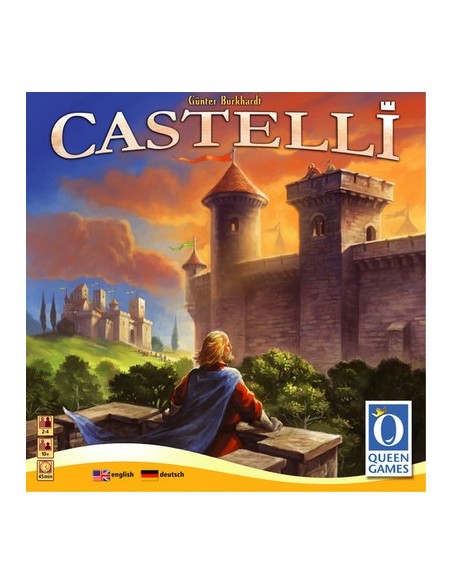 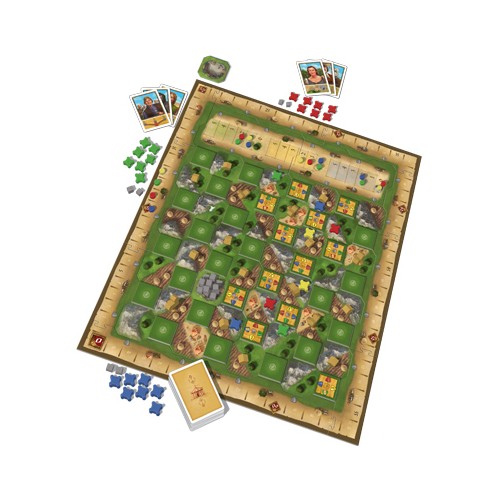 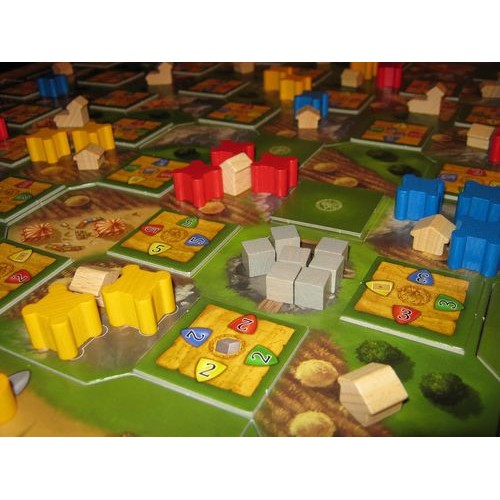 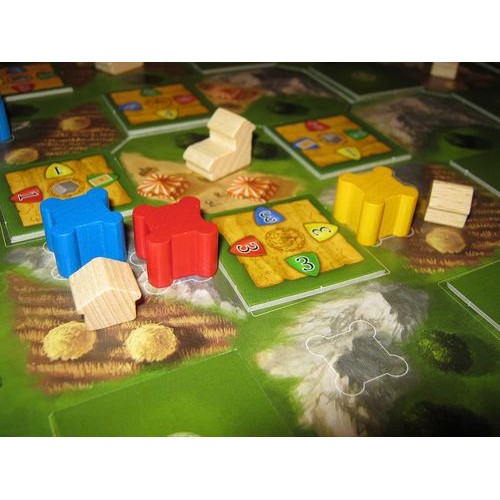 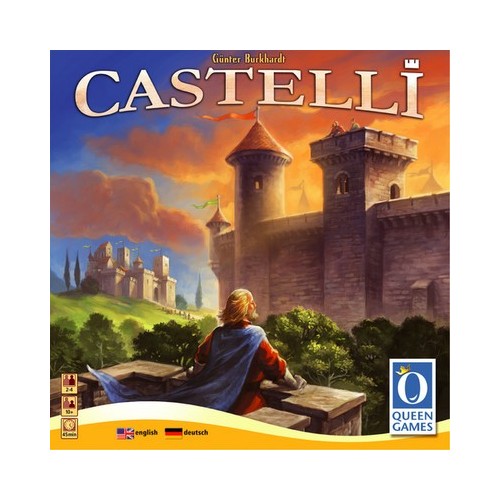 In Italy during the Middle Ages, it is of paramount importance to build castles at attractive locations – but unfortunately other landlords are also tryi

In Italy during the Middle Ages, it is of paramount importance to build castles at attractive locations – but unfortunately other landlords are also trying to gain power in the country.

In the strategy game Castelli, the players gradually develop their influence and try to collect as many raw materials as possible. The game board is a grid which alternately shows production areas and spaces for tiles; these tiles show a player color and number, e.g., red 4 or blue 2. A production area grants its building materials or silver to the player with the highest combined value on the adjacent tile edges. The tiles start face-down, and each turn, one of them is revealed. During their turns, players can rotate the tiles, thus influencing who gains which building materials, which are subsequently used to build castles.

With the unusual turning mechanism of the tiles, every player has the power to distribute the raw materials between himself and the other players on each turn. Building castles then results in victory points, depending on the positions of the villages and cities – and that's what it's all about if you want to become the most successful landlord!

The two expansion modules included – "Dilemma" and "Battle" – can be combined freely with the basic game. They increase the challenge and time of play gradually. The game also includes material for a "Castelli tournament" in which four players play in pairs simultaneously.