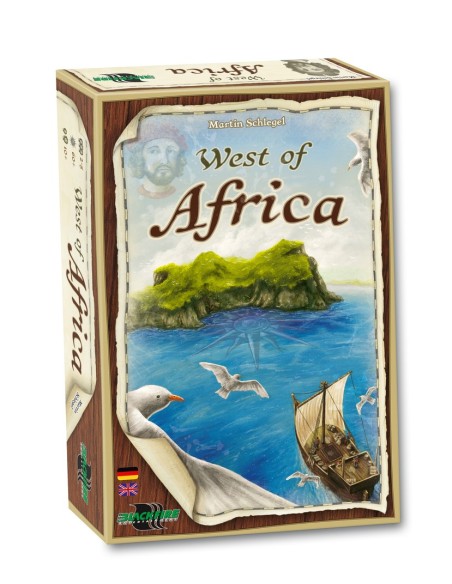 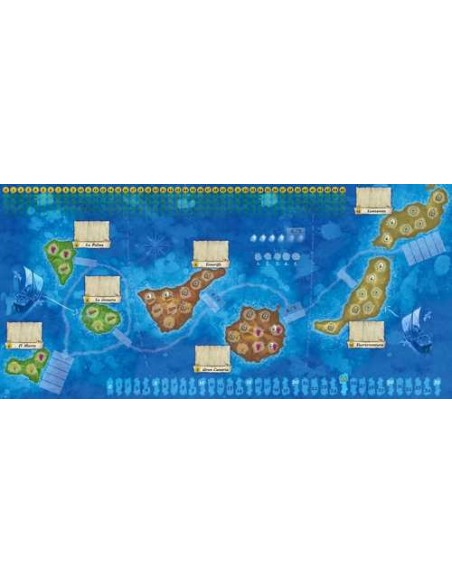 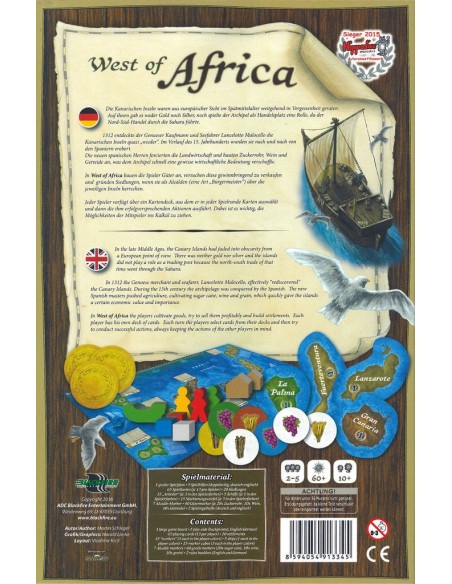 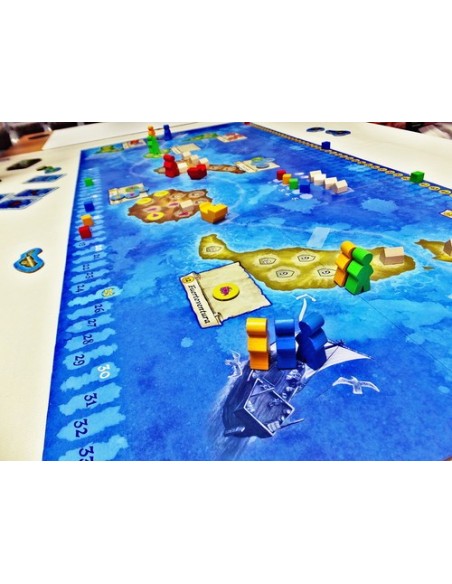 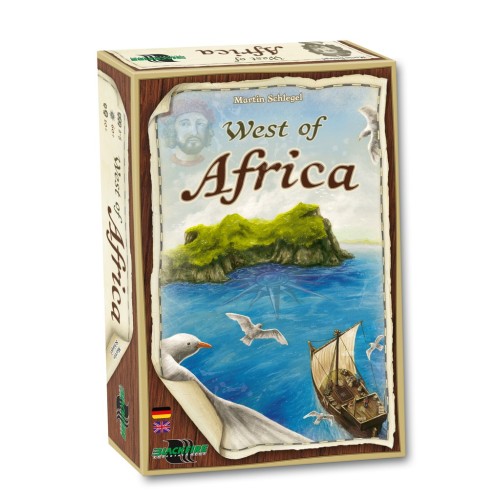 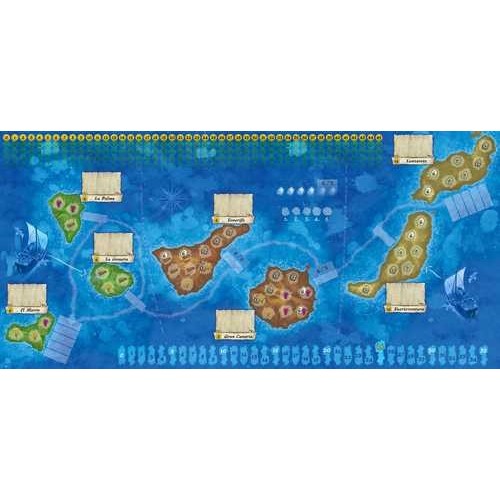 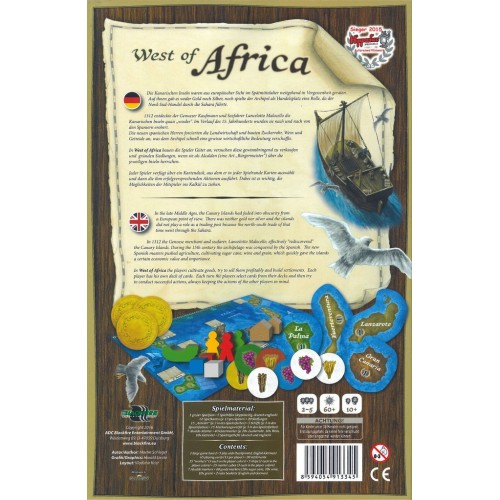 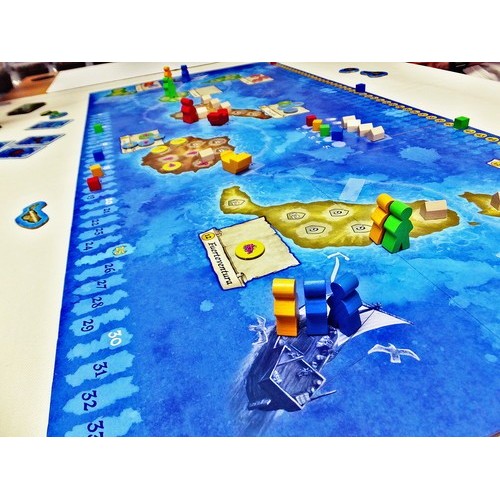 In West of Africa the players cultivate goods, try to sell them profitably and build settlements.

After the success of the sold-out Kraftwagen (a new edition will be released this summer) Blackfire has done it again – releasing Martin Schlegel´s West of Africa, beautifully illustrated by Harald Lieske.

West of Africa won the prestigious Hippodice authors´ competition under its original name “Lancelotto Malocello” in 2015.Martin Schlegel, one of Germany´s most well-known gaming authors was nominated for the “Game of the Year” award in 2006 for Aqua Romana.

In the late Middle Ages the Canary Isles had faded into obscurity from a European point of view. They did contain neither gold nor silver and the islands did not play a role as trading post because the north-south trade of that time went through the Sahara.

In 1312 the Genoese merchant and seafarer Lancelotto Malocello effectively “rediscovered” the Canary Isles. During the 15th century the archipelago was gradually conquered by the Spanish.
The new Spanish masters pushed agriculture and cultivated sugar cane, wine and grain. This quickly gave the islands a certain economic value and importance.

In West of Africa the players cultivate goods, try to sell them profitably and build settlements.
Each player has its own deck of cards. Each game turn each player selects cards from his deck and then conducts – hopefully – successful actions. While doing this, it is important to keep the actions of the other players in mind.