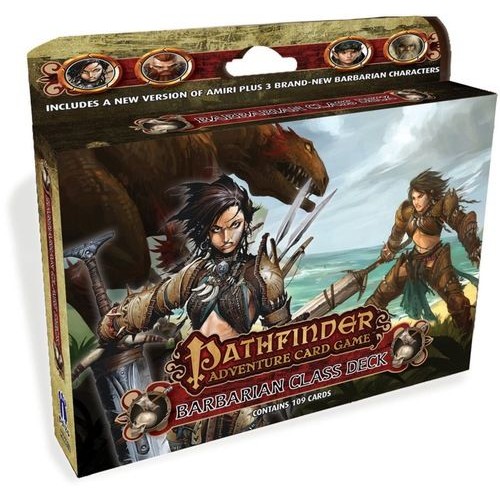 Channel your Fury! Barbarians wield massive weapons and their own rage to create a potent and deadly combatant. The Barbarian Class Deck accessory for the Pathfinder Adventure Card Game allows players to bring these unpredictable warriors to any Base Set, including the demon-infested Wrath of the Righteous campaign!

The 109-card Barbarian Class Deck contains three new characters—including a new version of the iconic barbarian Amiri—and both new and recognizable allies, weapons, armor, and other boons to support your barbarian through an entire Adventure Path. This deck can also be used in the popular Pathfinder Society Adventure Card Guild organized play campaign.